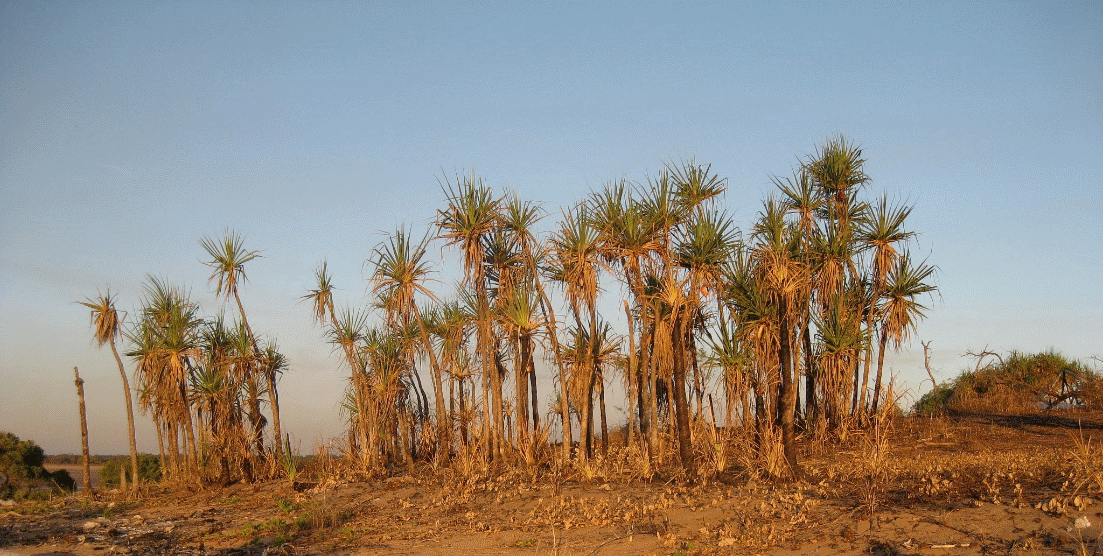 Murrinhpatha is an Australian Aboriginal language spoken in a region of tropical savannah and tidal inlets on the north coast of the continent.

Some 3000 speakers live mostly in the towns of Wadeye and Nganmarriyanga, though they maintain close ties to their traditional lands, totems and spirit ancestors.

Murrinhpatha is related to the Ngan’gi languages (Ngan’gikurungurr, Ngen'giwumirri), together constituting the Southern Daly language family. The dialect spoken at Nganmarriyanga is often referred to as Murrinh Kura. Other Daly languages have some grammatical similarities to Murrinhpatha, but have not been shown to be related (see dalylanguage website) Murrinhpatha is known among linguists for its highly complex word structures, some examples of which can be seen in the stories here.

Carmelita Perdjert: When I almost drowned in the Daly River

A story from Carmelita Perdjert about a time when she walked to Daly River mission with her family as a child, and nearly drowned crossing the Daly River in the flood.